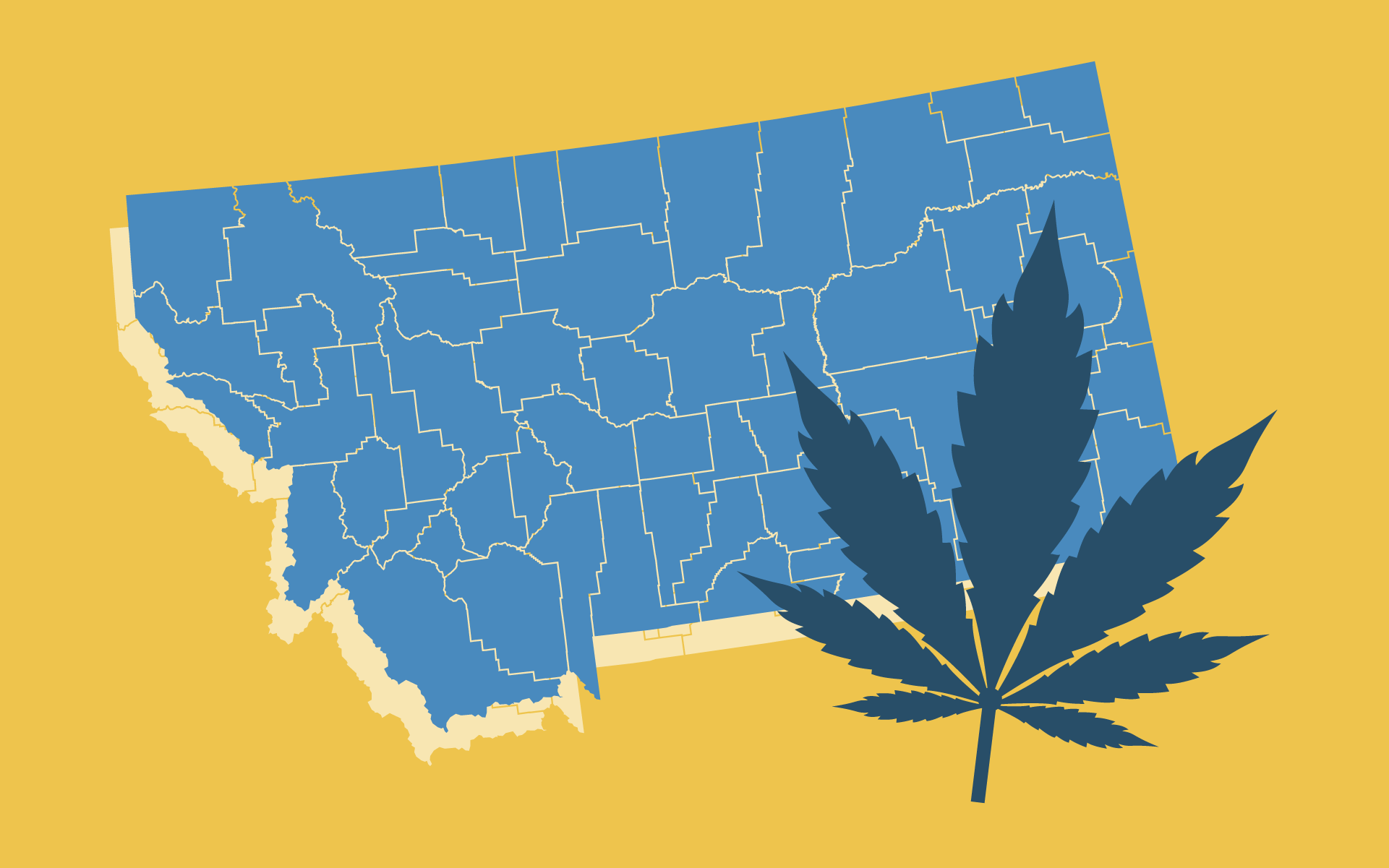 Turns out Montanans do like ‘Big Government,’ at least when it comes to weed.

Forced by the will of the voters on Election Day last November, Montana Governor Greg Gianforte released his plan today to implement cannabis legalization in the Republican-controlled state. Gov. Gianforte’s distinctly nanny-state vision for legal weed comes in the form of a bill sponsored by Republican state Rep. Mike Hopkins.

Sales would start in January 2022.

All is not lost—yet. Critics say the bill’s glaring flaws—including banning any logos on packaging, as well as any advertising—could be amended in the Montana House and Senate by May 11.

“I do anticipate a lot of amendments in the House and they’re going to shed every one of them when they go to the Senate. Senate amendments are the only amendments that matter,” said Pepper Petersen, legalization Initiative 190 author, and CEO of the Montana Cannabis Guild.

At 57% approval, Initiative 190—the adult-use measure—got even more votes than former President Trump did in Montana in the November general election. Trump won the state with 56%.

Decriminalization went into effect on January 1 as part of Initiative 190.

Following the triumphant November vote, proponents wondered whether the state’s anti-pot governor and prohibitionist legislators would resist the will of the voters, since similar hypocrisy is occurring in Idaho and South Dakota.

Yet despite its flaws, the bill updates cannabis law for Montana residents—and the 12 million people that visit the state annually.

There will be no delay in the implementation of the program: per the language in Initiative 190, licensing will begin by October, and recreational sales will start in January 2022.

“This [bill], you’re going to be able to push the start button and it’s a fully functioning, operational marijuana system for the state of Montana,” said bill sponsor Hopkins, to Lee Newspapers on Wednesday.

The bill’s restrictions are less onerous than they could be.

Individuals will be allowed to possess up to:

That’s serious progress away from the state’s draconian criminal prohibition.

A bill put forward by hardcore prohibitionist state Senator David Howard (R) earlier this year aims to cap all products’ potency at 15% THC. Instead, the Governor proposes a 35% THC cap on flower. (Most flower runs 16-24% THC.)

Edibles will be capped at 10 milligrams per piece, and at 100mg per package. (A starting dose of THC is 2.5mg.)

Prohibitionists want THC-limit laws. Here’s why patients and consumers are fighting back

The bill calls for severe regulation around packaging: all cannabis must be packaged in simple black and white, and logos are prohibited. The policy is already raising concerns among businesses.

“With logos, images or distinguishing marks removed from packaging, consumers will no longer have an easy way to find products that meet their preferences,” Michael Zens, the co-owner of High Road Edibles, told Leafly. “We understand that products shouldn’t appeal to children, but we feel this approach to packaging will hurt consumers.”

And lastly, yes, recreational homegrow would be prohibited in the plan as well, even though the voter-passed initiative called for four plants per individual and up to eight plants per household. Homegrow remains in the clear for medical patients, however.

The Governor also plans to raid cannabis taxes earmarked for the environment and dump them in the state’s general fund.

But the Governor and state legislature decide final appropriations. The governor’s bill sends $6 million to a new substance abuse treatment program, and allocates 12% of the remainder to conservation. The other 88% goes in the general fund.

Dave Lewis, a former Republican state legislator and budget director, who is now an advisor to the Montana Cannabis Guild, says that folks who were hoping to see the revenue go towards public lands “shouldn’t be totally bummed out.”

“It’s still a fair amount of money,” he told Leafly. “I think this is a really smart way to [allocate] the revenue.”

Speaking of bummers, every city is also automatically opted out of cannabis sales under the bill. Local cities that opt in can also cap licenses.

Who gets to sell weed in Montana? True OGs

Both the adult-use program and the state’s medical mariuana program will be overseen by the Department of Revenue.

For the first year of the program, only currently licensed medical providers will be able to obtain a rec license. The Montana Cannabis Guild is currently lobbying to extend this moratorium to eighteen months.

The bill also calls for one adult-use license for each of Montana’s eight tribes with a reservation, but retail and cultivation locations must be off-reservation due to federal law, but be within 25 miles of the border of the reservation.

“I am a strong proponent of giving the tribes licenses for growing or retail sale of Marijuana,” state Senator Jason Small (R), a member of the Northern Cheyenne tribe and an active voice in the drafting process of the bill, told Leafly.

“The fact of the matter is tribes often miss out on opportunities for business expansion because of the fact that they are under federal control and deal with a different set of rules than the rest of the state,” he added.

There’s an added bonus here for customers: licenses for tribal entities will allow visitors to remote parts of the state like the Little Bighorn Battlefield and Fort Peck to buy local cannabis where there might not otherwise be a shop for a hundred miles.

A blueprint for “Red State” cannabis

While the bill is far from perfect, it is largely a success for proponents of legalization in the state, especially considering the drastic steps Montana’s neighbors have taken to suppress cannabis reform.

And the work is not over in the state. Montana voters approved far more than they’re getting.

“We’re definitely going to be pushing for more of the restorative justice elements that we worked into 190,” said Petersen at the Guild. “Someone being arrested for possession of a joint 20 years ago in some other state or municipality shouldn’t have any bearing on whether you can participate in the Montana marijuana marketplace.”

Max Savage Levenson likely has the lowest cannabis tolerance of any writer on the cannabis beat. He also writes about music for Pitchfork, Bandcamp and other bespectacled folk. He co-hosts The Hash podcast. His dream interview is Tyler the Creator.